DART_MOBO based controllers can be equipped with 2 spinners that can turn infinitely, like a dj turntable/jog wheel, and that are designed to interact closely with touch sensors.

in the images below the top and side spinner have been enriched with customized logos.

In the following example we are using the DART_EDITOR to open the DART_ONE default preset and select the ITEM related to the TOP SPINNER. 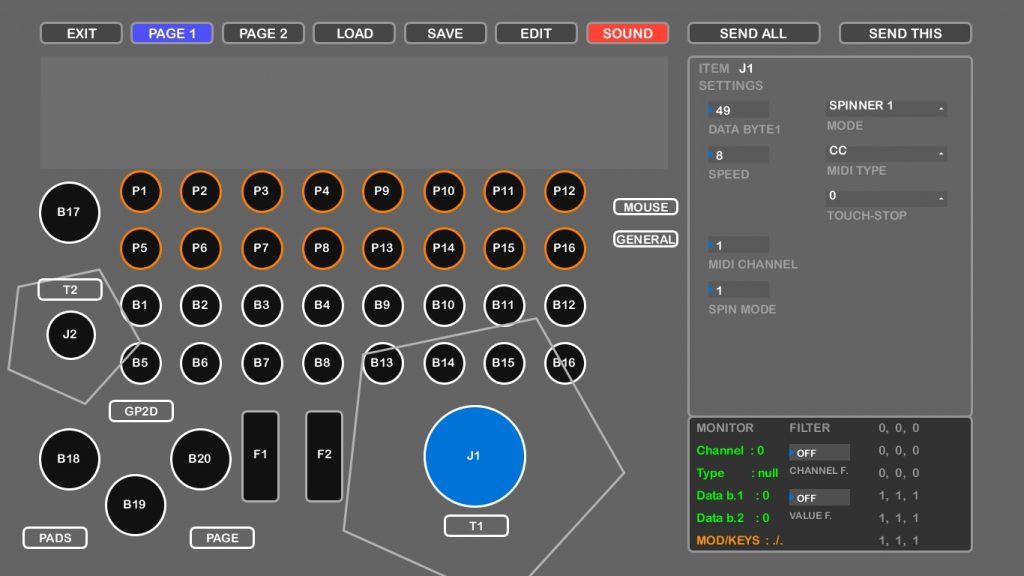 let’s see in detail what the spinner Settings-Box contains: 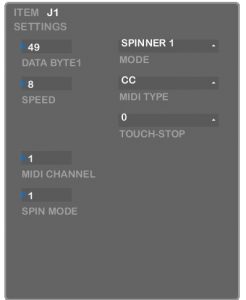 This video exemplifies different features of a DART device:

the spinners are based on encoders.  The clockwise or anticlockwise direction of an encoder is read by comparing the pulses sent by channels A and B; these readings are subsequently translated into MIDI messages.

Encoders come in all kinds of resolutions, from 16 to at least 1024 steps per revolution and more…

A DART controller can be equipped both with CONDUCTIVE and OPTICAL encoders.

TOP and SIDE spinners CONNECTIONS. 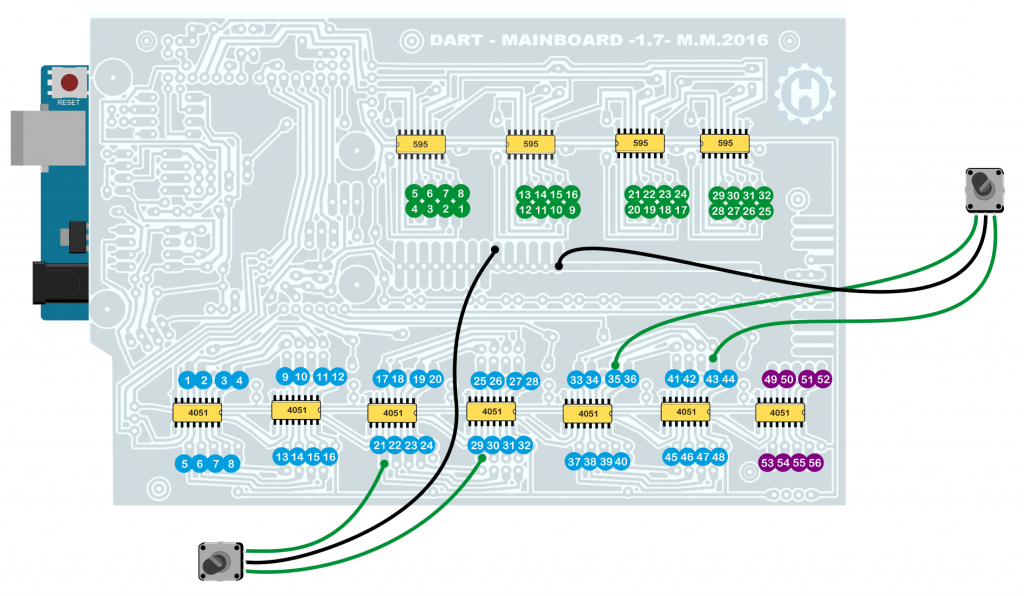 Up to 24 generic encoders can be connected to the Dart_Mobo circuit as in the example illustration above: 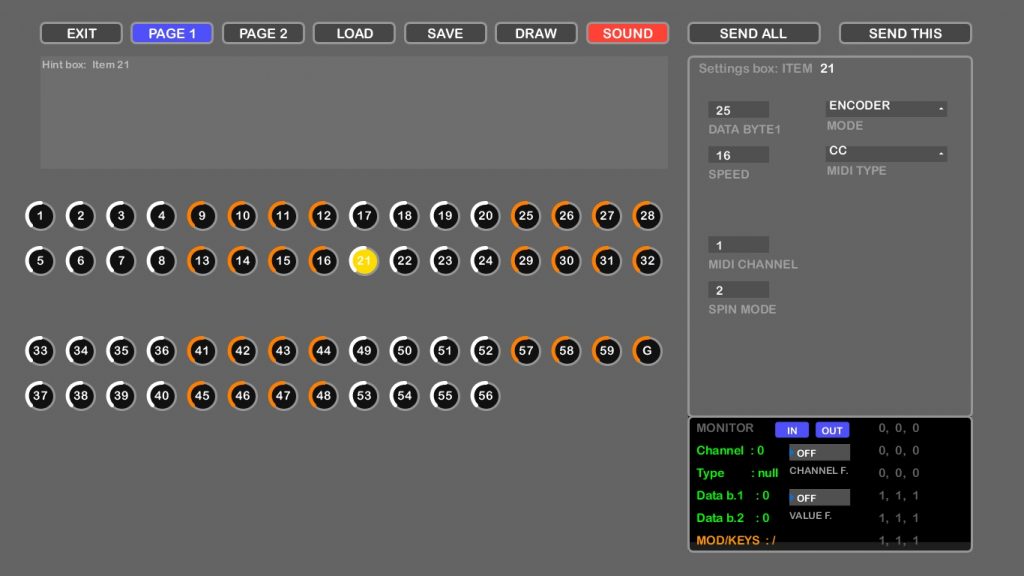 Taking the previous illustration as reference, we are going to edit the settings for the encoder we connected to inputs 21 and 29.

So, in the Dart_Editor, select the item 21 and set the  MODE  selector  to “ENCODER”.

The settings work the seme way as described for the Top and Side spinners.

On the item 29, the MODE selector will be left to “BLIND INPUT”.

In the same way, for the encoder connected to inputs 35 and 43, the encoder setting will be specified on item 35, leaving item 43 in blind mode.