For all those who are not familiar with the MIDI protocol and who have come across this site out of curiosity, we decided to open a page to provide the basics to approach the world of MIDI controllers.

A really simplified introduction to understand MIDI on the fly.

A more detailed overview of the way in which MIDI messages are structured numerically and how they are read in an Arduino environment.

Use the MIDI_Monitor to see the data

The best way to quickly understand is the direct experience, so let’s use the MIDI monitor.

The MIDI_Monitor is a part of the DART_Editor, and it makes the MIDI data readable and audible. 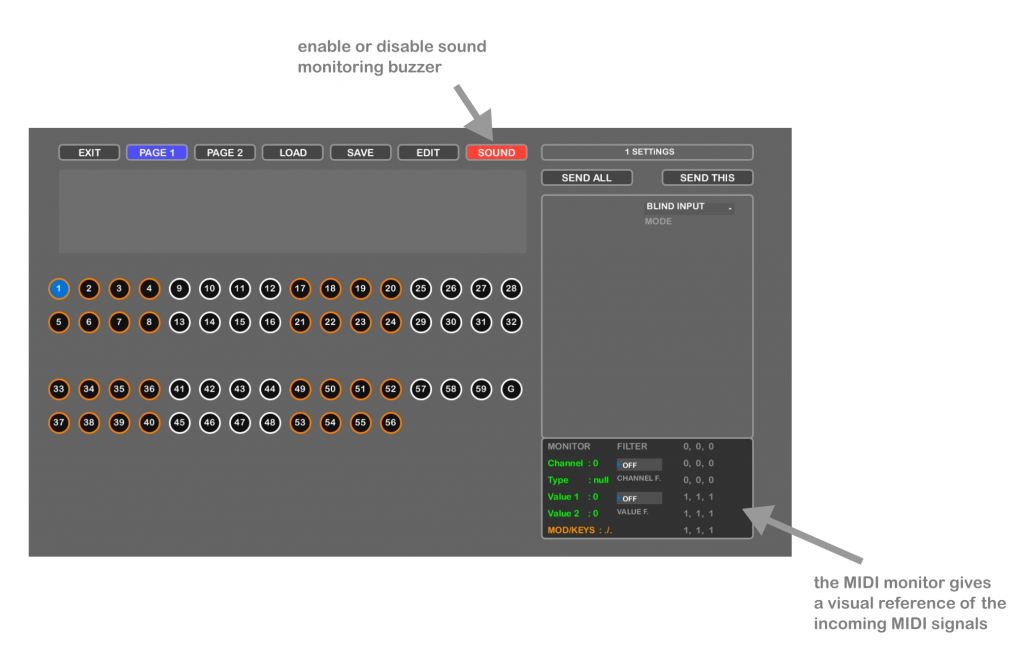 Take some time to observe directly the relationship between the actions performed on the modifiers, their settings and the auditory and visual effect that is produced. This is a great way to get familiar with the MIDI protocol 🙂

Reading the 3 bytes of a MIDI message. 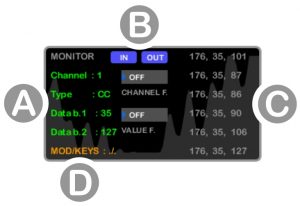 Let’s see what information contains a MIDI message in some of the most common cases:

In the example of  pressing a key on a digital piano,

a MIDI message, composed of three numbers, is transmitted as three bytes:

In the example of rotating of a knob on a midi controller,

many MIDI messages will be emitted one after the other for every slight movement of the knob. Each of these messages is  composed of three numbers, transmitted as three bytes:

the content of a MIDI message can vary greatly according to the use of different types of control (a pitch bend wheel, a dj jog wheel, a percussive pad and so on).

During the experience of self-constructing MIDI devices it may be useful to know the numerical range relative to the Status Byte of the most important types of MIDI messages. Here is a handy summary table:

This guide is just an attempt to make MIDI messages easy to understand and it’s enough to just start playing with the DART framwork, but for a very deep knowledge about MIDI protocol, we suggets to read a detailed manual 🙂