The dartmobo is normally limited to 48 inputs, but it is possible to extend this limit to 56 inputs and in this short guide we will explain how…

thanks to this little hacking we will be able to get the Arduino to read an extra multiplexer: we connect the output pin of the seventh multiplexer to the input 9 of Arduino, normally used for the second touch sensor.

in this way we will lose the possibility of using the second souchsensor but we will gain another 8 inputs to use with the modifiers of our choice. 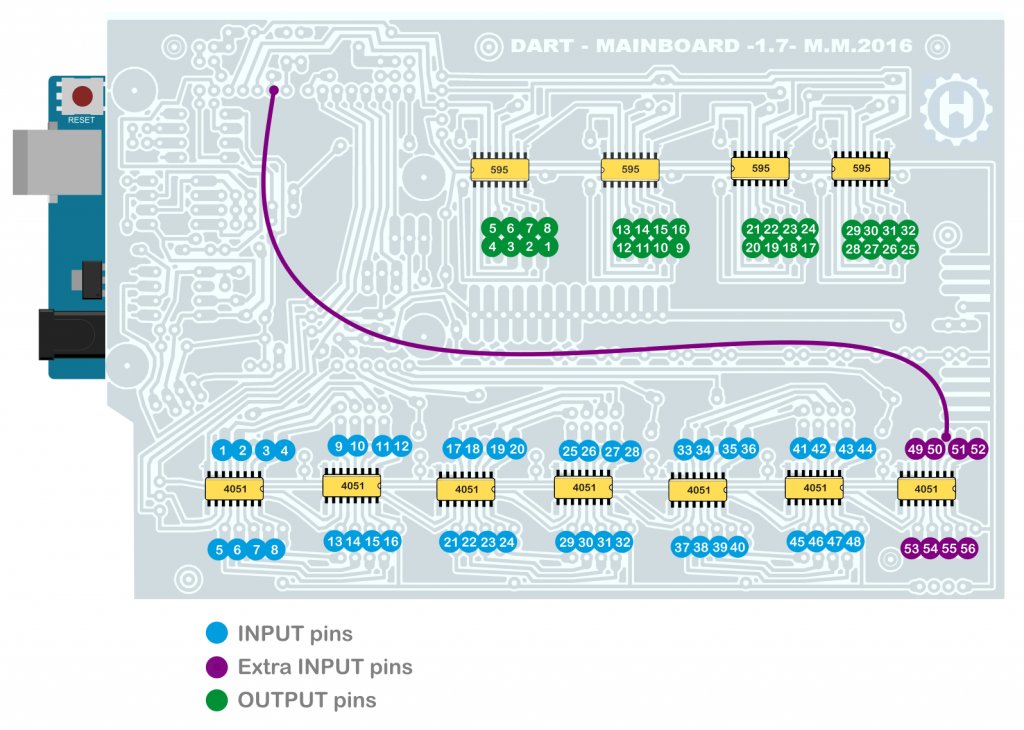 the GENERAL item is dedicated to setting the whole circuit. Setting the EXTRAPLEX selector to “1”, the second touch sensor will be deactivated and the reading of the 8 extra inputs will be activated.