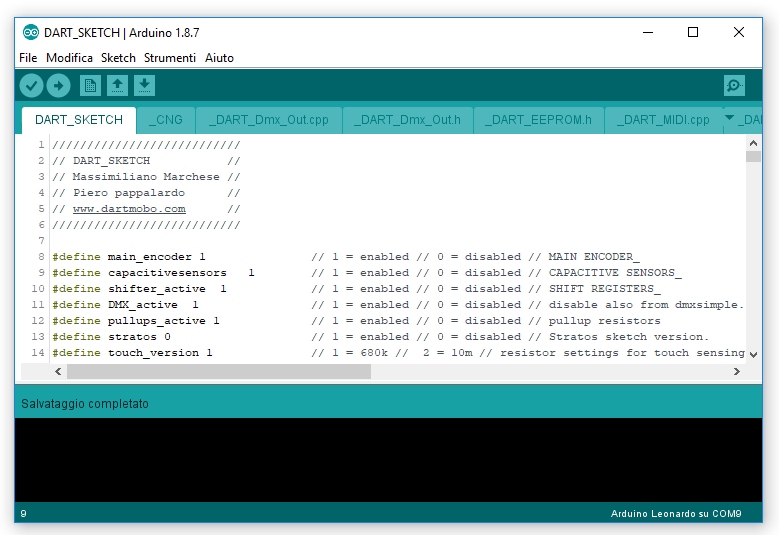 In the attempt to make the Dart project accessible to anyone, a SINGLE SKETCH is provided. It will work for all the units presented on this site, and for any DIY controller based on our framework.

The Dart_sketch comes with all the features activated (including, for example, the DMX output functionality). For this reason the Arduino IDE will report that almost all memory is used. The sketch will still work, but for those who want to add custom code, we recommend disabling unused features. This operation can be performed from the main TAB of the sketch. 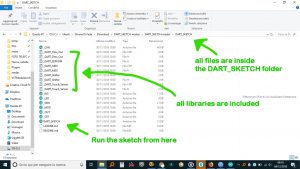 No need to install any library, they are loaded automatically.

You have to unpack the zip contaning the sketch and all the accessory files in a single folder and just run the DART_SKETCH.ino 🙂

The name of the MIDI port that will be identified by the PC does not depend on the sketch, we have collected a series of useful information in THIS PAGE.